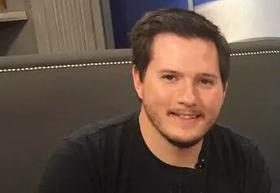 "I’m a fan of Hammer & Ale for three reasons. First, it’s a place where it really feels OK to sit and drink beer and work on your laptop. Second, the food is solid, simple, ..."

-- I Love Memphis
"... Hammer and Ale was an early arriver to the growler craze. Bring in any clean growler and take your pick from 24 carefully selected craft beers, many of them local. Hammer and Ale has been praised as one of the best beer bars in Memphis – you don’t want to miss it!"

THE 8 BEST BEER BARS IN MEMPHIS 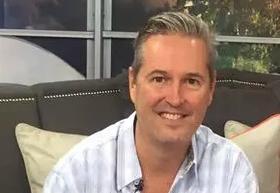 ​I came to Memphis from Columbus, Ohio in 2013 when I was approached by David (at that time, my soon to be father-in-law) about partnering to launch and manage his new retail beer concept.

Believing in David’s vision, and having worked extensively throughout Columbus’ restaurant and bar scene, I possessed the operational management skills necessary to help develop and execute the concept that has become Hammer & Ale.

I relocated to Memphis over 25 years ago pursuing a career as a curator and artist representative; opening Perry Nicole Fine Art in 1998, and David Perry Smith Gallery just two years later.

Both galleries were dedicated to representing local, regional, & nationally recognized fine artists and  provided fine art brokerage; exhibition planning, curation, and installation; as well as museum consultation across the Mid-South.

Developing a deep appreciation for locally crafted beer in 2010; I began to recognize the growing need for a sophisticated retail outlet, specializing in skillfully produced micro-brewed beers.

In 2013, with High Cotton, Memphis Made, and Wiseacre emerging – and Ghost River already on the scene for several years: the time was right and we became the first establishment in Memphis to offer pints, flights, and growler fills, from all of the local & regional microbreweries in comfortable neighborhood atmosphere.

Not unlike the art business – we work closely with the craftspeople who make the products we sell, and consider ourselves to be their representatives. We take great pride in being knowledge about our selection, and individualized customer service is our first priority.